In Denmark, financing district heat was not left to the whims of the market. Each municipality offers true loan guarantees – making very long term investments very low risk. The result is that 400 district heating and combined heat and power plants supply district hot water for residential heating to almost all its 6 million citizens.

The Danish renewable energy engineering company Aalborg CSP has built and supplied many solar district heating systems under this approach. The firm’s CEO Svante Bundgaard explained how it works in a call from Denmark.

“Say that we offer a client to build a 10 million Euro plant,” Bundgaard said. “In Denmark, district heating companies can finance that 100% with a bank loan, and because a municipality guarantee is attached, we can get a very low interest rate of 0% to 3% for a long period, like 25 years.”

Over 400 municipality-driven nonprofit district heating organizations are tasked to supply all Danish citizens with heat as a Public Good. Even small towns of 1,000 will have district heat.

“The way that the regulation and the market is set up, our main obligation is to create green energy,” Bundgaard explained. “Our task is to connect as many citizens as possible to the district heating net and to install the infrastructure to create the supply grid, and also install the solar infrastructure to create renewable energy and ammonia heat pumps, and the pit storage and the CHP plant to try to meet our NetZero carbon emission plan.” 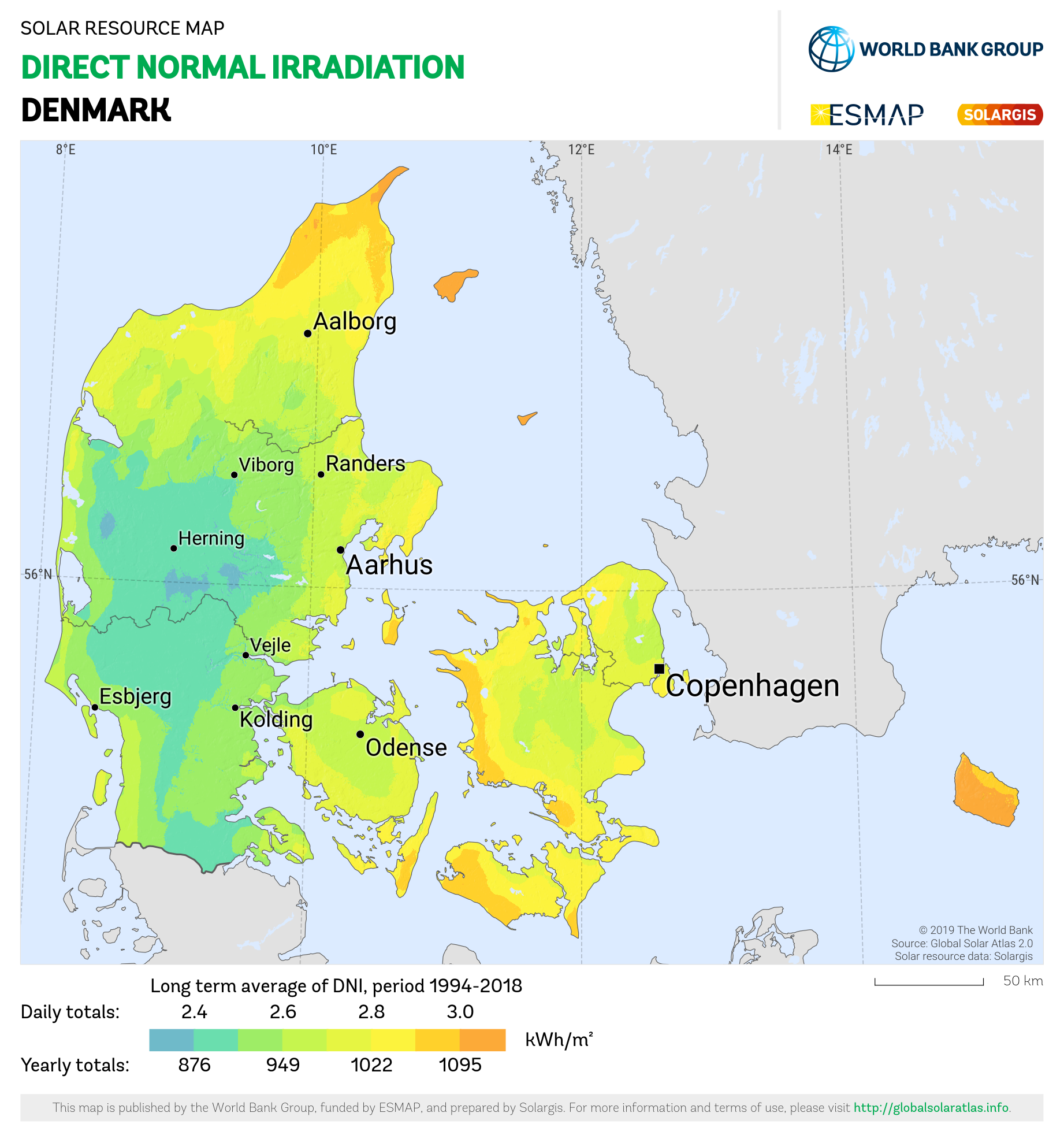 Despite very low DNI and long dark winters, more than 60% of Danish homes are heated with district heat thanks to its good public policy.

Aalborg has just increased the yield of their solar district heating system at the Ørum solar district heating plant which also includes two gas boilers and engines, by up to 28%, by integrating a 2.5 MW electric air-to-water ammonia heat pump with its solar field of collectors. (Heat pumps can also be air-to-air, and liquid-to-air.)

“Small industrial heat pumps range from, I’d say, 400 kW up to 1.5-2 MW – but they can be added together on standard skip-based modules. At the plant in Ørum, Denmark, we have a 2.5 MW ammonia heat pump in combination with a solar district heating plant, where the heat pump helps boost the efficiency of the solar thermal field,” he said.

The day we spoke, the firm had just delivered a 1.5 MW heat pump. Delivering heat pumps in modules on skips enables Aalborg to customize capacity for customers.

“Rather than sending all the pipes, valves and compressors to the site and welding them onsite; you build a skip in a workshop and mount everything onto that,” he explained. “This way, the companies can pressure test the different components at the workshop. Afterwards, the skip is simply connected at the project site, so it’s a plug-and-play solution.”

At the Ørum plant, the heat pump helps optimize the return temperature in the solar plant during months with the least amount of sunshine. Energy withdrawn from the hot water storage tank will also help improve the heat pump efficiency during low sunshine periods, where it has the greatest value for the overall efficiency. During wintertime, the heat pump accounts for the majority of the heat production, and it is supplemented by the district heating plant’s existing gas boilers during the coldest periods.

“Before we added the heat pump, we were basically running with solar alone for two months during the summer,” Bundgaard noted. “Hybrid solar district heating like the one in Ørum can be further optimized by integrating a biomass boiler. In these types of plants, biomass is used during the periods of the year where solar is not sufficient.”

By integrating the heat pump into the existing system, the district heating plant is now able to reduce its natural gas consumption. Combined, the heat pump and the solar heating system produce approximately 10,000MWh of heat annually; covering up to 93% of the heat demand by plant’s customers.

Western Europe has been getting some relief from this year’s gas shortages in the form of LNG deliveries by sea, but parts of Germany, Poland and Eastern European nations are more dependent on Russian gas for heat in winter.

Many former Soviet Union nations built early district heating systems, however, those early plants burned coal or gas to heat the water. Now with the ongoing war between Russia and Ukraine, Aalborg has seen increased interest in supplementing these coal or gas driven district heating energy systems with renewable energy.

“Over the past six months, there has been a major change in the global mindset following the war, the subsequent energy crisis and its effect on natural gas prices,” Bundgaard said. “They want to be green because they want to have a better world, but now also because it is cheaper. People are suffering, and need solutions that can reduce gas dependency.”

Where “district gas” was the municipal option

In the US, today’s default supply for heat is district gas. It is delivered through municipal piping and burned in individual buildings to provide heat and hot water. So heating increases the US carbon footprint. And once combusted, that gas is used up.

By contrast, a solar district heating plant cycles solar energy daily for as long as its lifetime, often for over 25 years, decarbonizing towns or cities. It is delivered as hot water at temperatures of up to 120 °C, and transported in a circular loop returning the water to the solar field for reheating.

In a district heating network, households are connected with heating through pipes laid under road surfaces. Inside, that solar-heated water is sent through piping systems to radiators for heat and separately, to supply hot water.

Some state regulatory bodies are now beginning to ban “district gas” as the US default for heating and hot water in new construction. Could solar thermal district heating be an alternative?

“Absolutely, yes,” Bundgaard agreed. “All of Europe, North America, Australia and New Zealand would all benefit from district heating systems similar to the one we have in Denmark. With solar heat, heat pumps and low-temperature Pit Thermal Energy Storage – a scalable and cost-efficient form of district heating energy storage – you can basically create a full Net Zero emission district heating system.”