WEB DEL EVENTO A new wave of CSP development, and GW of CSP projects, will emerge in China and the rest of world after the staggering year of 2021. As was declared clearly in “Action Plan for Carbon Dioxide Peaking Before 2030”, an official statement released by the State Council of China, “…to [...]

INCRIPCIÓN AL EVENTO CSP with thermal energy storage is a flexible renewable resource that can be used to generate electricity 24 hours a day, if necessary, and quickly ramp up and down in response to demand and the needs of the grid operator. When ramping down, the output is not wasted; instead, it [...]

REGISTER FOR THE WEBINAR Over 2GW of CSP capacity was installed in Spain from 2006, however all renewable investment stopped quite suddenly a few years later. With the new 2050 decarbonization targets, Spain has pledged to invest heavily in renewables, including in deployment of 5,000MW of new CSP with storage capacity by 2030. [...]

Webinar – How CSP can improve frequency stability of the power grid 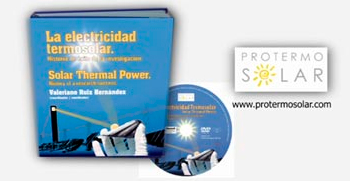